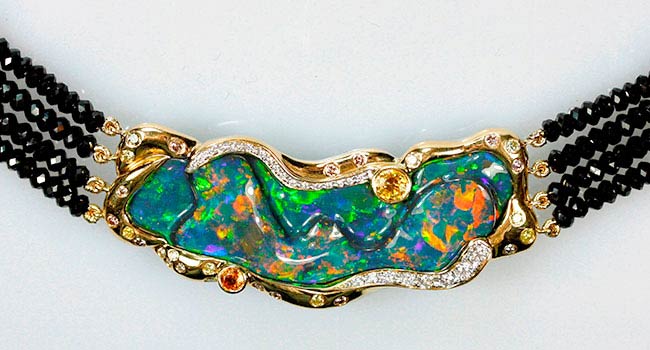 Established in 2000 in Lightning Ridge to “promote free-form and undulating surface opals in exquisite jewellery”, the biennial awards now attract entries from all around the world.

IOJDA Association president Lyn Carney is “highly enthused” by the level of interest being shown in this year’s competition.

“It has become progressively evident at each event that Australian opal has captured the attention of many additional countries such as Russia, South Africa, France, Germany, Hong Kong and China,” she said.

“It is always difficult to estimate the number of entries we will receive in any competition; however we will reach a database of 7500 jewellers, designers, carvers and avid opal lovers, as part of our overall publicity.” 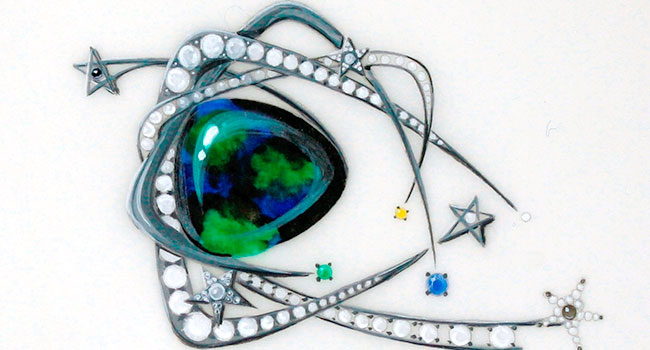 “We are hoping that the category will  see many innovative jewellery designs submitted and therefore help position opal jewellery as suitable for both men and women’s jewellery’.

She concluded that the awards raised the profile of the winning jewellery designers as well as opals themselves, nationally and internationally.
The competition is open to jewellers (professional), apprentices (currently engaged in a jewellery course) and non-professionals.

The 2015 Awards will be presented at the IOJDA gala dinner on Friday July 31 during the Lightning Ridge Opal and Gem festival.