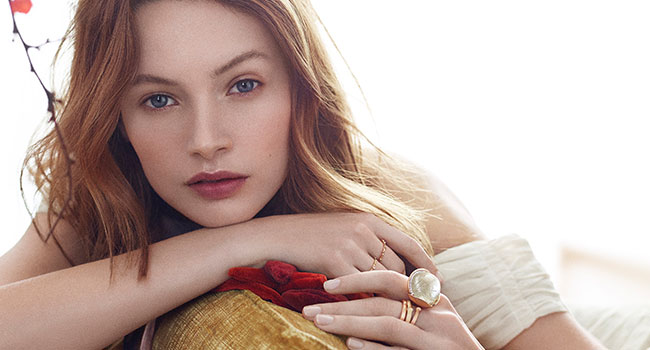 “Moving away from a brand ambassador and working with the concept of women as muses has been a natural step in the aim to come close to the product and let design and craftsmanship play the lead role in the campaign,” the company said.

Charlotte Lynggaard said she want to create to create a campaign that would evoke feelings and imbue a sense of magic by using her favourite elements of inspiration: women and rare vintage treasures collected on her many journeys – “to capture the epitome of beauty and femininity”.

“At the same time, I wanted to dig deeper into our DNA and reflect our family values, heritage and proud traditions – and present them in a young, crisp, yet poetic universe.”

The “Scandinavian and timeless” muse featured in the campaign, which was shot at the family business’s showroom north of Copenhagen, is dressed in Charlotte Lynggaard’s designs or clothes borrowed from her wardrobe.

Prior to signing Christensen as its brand ambassador for three-years in 2011, Ole Lynggaard partnered with other lesser international known celebrities including Aqua lead singer Lene Nystrom and Hollywood actress Connie Nielsen.