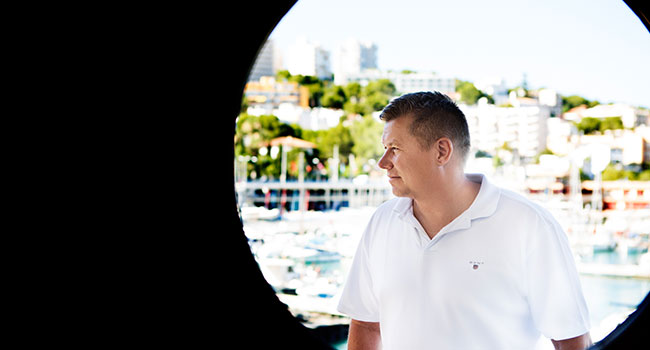 Danish bracelet and charm jewellery brand, Endless Jewelry, is poised to enter the Australian market this year.
The company’s CEO, Jesper Nielsen, was in Australia last week meeting “close to 300 potential customers” including Leading Edge buying group members for the brand, which designs and manufactures colourful leather bracelets and gold and sterling silver charms.
Endless Jewellery was established in 2013 by Nielsen, who with his family obtained the rights to sell Pandora in western Europe in 2003.
In 2010, two years after 60 percent of Pandora was sold to a private equity fund, Nielsen and his family established Pandora subsidiary, Pandora Central Western Europe, but he left the company in 2011 as its strategy “did not really suit my personality”.
Today Endless Jewelry has been established in 18 countries and boasts 3000 stores in Europe alone.
Nielsen said that he was working with “two very experienced guys who have been a part of the very successful start-up of Endless Jewelry in UK” to establish the brand in Australia.
He said the company had decided to launch in Australia due to “popular demand”.
“We have opened 18 countries in 18 months, and have created a lot of hype around the brand all around the world – especially from Australia where we have received a lot of interest from both customers and retailers.
“When investigating and analysing the market, I must say that I agree with the people who have been telling me the Endless concept would work great here.
“We’re a colourful, playful yet classy and elegant brand with affordable products of high quality.
“The combination of the classic collectible jewellery and the colourful bracelets is catching on worldwide, and to me there’s no doubt this will be one of the next jewellery trends in Australia.”
Nielsen said his initial goal for the brand, which recently signed Jennifer Lopez as its ambassador, is to “open 300 doors in 24 months” but could not confirm the target until after he had completed his visit to Australia.
“I like to get a personal feel for the market, talk to the retailers, understand their needs and work with our partners to obtain our common goals.
“I don’t think we will reduce the target, though. That has never happened before.”