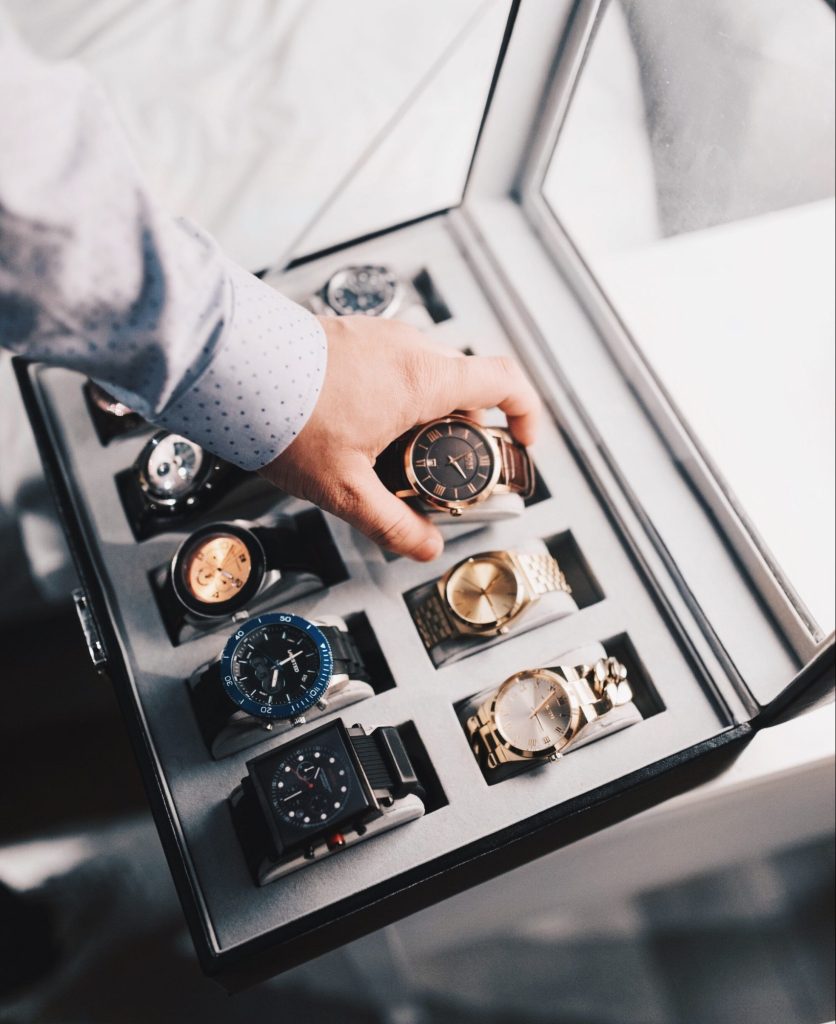 Economists may be forecasting gloom and doom but watch suppliers and retailers remain confident that timepieces will continue to perform well in the coming months – at least at the top end of the market.

The latest Watches & Clocks report by Global Industry Analysts predicts that the international watch market will grow nearly four percent per annum this year and next to reach US$33 billion in 2010.

According to the report, demand for luxury watches is growing “at an impressive rate following a major recovery in global economic conditions”.

“Consumers have moved away from making watches a once-in-a-lifetime purchase to owning a wide array of watches to complement outfits, hobbies and their economic status,” the report says.

This is good news for the world’s watch manufacturers, distributors and retailers but the big question for the local industry is: Will that promising growth rate be achieved in Australia?

Watson says the Swatch Group is anticipating growth across all its brands, which include Longines, Rado, Tissot, Breguet and Omega, for the remainder of the year.

“We’re not expecting 2008 to be as good as last year but we still expect it to grow,” he says.

“The first barometer of our sales success is the sell-out in stores and at this stage store sell-out is showing no signs of falling.

“If there is a slowdown in the economy the middle to lower end of the market suffers while the top end continues to grow – brands like Omega and Breguet are quite resilient to economic fluctuations.”

Similarly Rom says Avstev (which distributes Girard-Perregaux, Raymond Weil, Frederique Constant and TW Steel) has not yet felt the effects of the slowing economy.

He too believes any economic downturn would impact the lower end of the market rather than the middle- to top-end where Avstev’s brands sit and is therefore “positive” that the company will continue to experience growth across all four brands in the next 12 months.

Smith says that the uncertainty in the economy has had no impact on Seiko’s watch sales.

“We have just got our end of the March financial year results and we haven’t noticed any fall,” he says. “We are targeting an increase in sales for the next 12 months.” Equally confident is Baume & Mercier’s Blouin who believes demand for luxury watches is in fact currently growing in Australia.

“There is growing interest in more upmarket watches even if there is a question mark hanging over the economy,” he says.

“I think Australians access to more information and advertising about Swiss watch brands and what they have to offer is one of the main reasons behind the interest and increased sales.”

Wenger’s Sher is another who is confident that the slowing economy will have no impact on sales at the top end of the watch market.

“In these challenging times people do not stop spending completely but do look for better value and for better quality product,” he says.

“I believe overall watch sales will decrease at the same rate as that of the decrease in general spending, however I still expect good growth out of Wenger because of its value.”

Bourghouts says companies like Swisstime (distributor of Oris and Ebel watches) with “a lot of new exciting models to offer” are unlikely to be very affected by any economic downturn but “companies with no new watch designs are likely to be in trouble”.

“As per housing sales, consumers are taking a bit longer to purchase as they weigh up the impacts on their disposable income and then adjust their purchase decision accordingly,” he says.

He believes the value of watch sales will “probably decrease slightly” in the next 12 months while “volumes will probably remain about the same” although the final outcome “will also depend on the direction of the Australian dollar as any depreciation could stimulate tax free sales”.

Nonetheless on the retail side of the watch sales equation optimism also remains generally positive – despite a less than promising start to the year in some stores.

Smales Jewellers managing director Ron Smales says sales in his three WA stores were doing well “until the end of January when the wheels fell off” due to interest rate rises and stock market jitters.

“Watches and jewellery are luxury products so of course watch and jewellery retailers are always the first to be hit and the last to recover from a poor performing economy,” he says.

Still he is confident that the drop in sales is just a normal part of the “ups and downs of business life” and expects turnover will “fire up again” in a couple of months.

“I think the top end of the market will stay the same as the rich will still keep buying the luxury items they want, but the middle bracket will probably drop off as middle income earners are the most likely to be affected by interest rate rises and increases in petrol, water, electricity etc,” he says.

Economic trends are however not the only concern for Australia’s watch industry – in fact most watch manufacturer, distributors, retailers and customers are probably more interested in accurately forecasting design trends.

But unfortunately predicting the next big thing in watches can be even more difficult than predicting the rise and fall of the dollar, gold prices or interest rates.

BaselWorld 2008 did of course provide more than a hint of things to come but its design directions do not always translate immediately into sales on the Australian market.

Local suppliers and retailers are still the best source for picking the next big thing in our market so Jewellery World asked them for their predictions.

According to Watson, the biggest design trends to watch out for in the next few years include a shift to rose gold, continued growth in size and the increased use of diamonds.

Menzies predicts “a huge push to automatic watches” for men and “more diamond or cubic zirconia watches” for women.

“Australians are starting to want much more than just an accurate timepiece,” he says. “They want their watch to be quite fashionable too.

Borghouts identifies the move to all black models, the shift to rose gold, longer power reserves and the continued growth in watch size as the main trends.

“Despite some industry speculation I have seen no signs of watches getting smaller,” he says.

Rom says major trends in the next few years are likely to include innovations in movements and the use of new materials such as silicium, titanium and carbon fibre as well as more complex women’s watches.

He says Australian consumers have become more educated over the years and as a result “the demand for more sophisticated timepieces has increased”.

“In order to attract a younger consumer, watch companies such as Frederique Constant are offering luxury at affordable prices,” he says. “Other brands, for example, Raymond Weil, who have been traditionally renowned for classic timepieces, are venturing into sports models to attract a younger audience and recruit new clients to the brand.”

According to Smith, the biggest trends in men’s watches continues to be a “concentration on sports, heavier casings and increased functionality” while women’s watches maintain their focus on “eye-catching bling”  with diamond and precious set stones in the upper end of the market and crystals in the lower- to middle-end.

Blouin believes the biggest trend is the move to more “exciting brands”.

“Twenty years ago Australians mostly purchased Japanese watches, ten years ago they moved to established brands, and now they are becoming more daring and experimenting with new brands,” he says.

He says the major trend for men’s watches will be a move to mechanical watches with leather and rubber straps while “for women there is a move to more variety in styles but no specific directions”.

Sam Der Bedrossian, the managing director of Sams Watchmakers Jeweller, says the major trend is the move toward mechanical watches as well as black plating with rose gold and stainless steel with rose gold.

At retail level Don Gunther, group retail manager for Wallace Bishop Jewellers’ 50 stores in Queensland, Victoria and NSW, says fashion brands are becoming more popular as “customers own multiple watches and are looking to them as an accessory”.

“The buying habits are changing as time pieces are becoming more of a status symbol, fashion accessory and an item that provides enjoyment to consumers as well as an instrument to tell time,” he says.

Meanwhile counter to some of the concept watches on display at BaselWorld this year, Ron Smales believes the trend towards bigger watches is fast coming to an end.

“The watches may still be popular overseas but I think most Australians don’t want to wear a block of flats on their wrist,” he says, noting that Rolex “hasn’t made any big watches”.

“Men’s watches will come back to 39mm and 40mm designs and women will continue to buy pretty watches with bling,” he states conclusively.