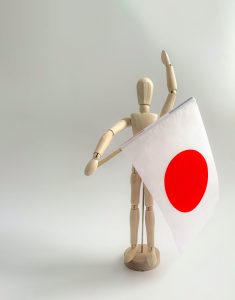 Despite gloomy world economic conditions,  the 20th annual International Jewellery Tokyo fair exceeded organisers’ expectations with more than 1509 exhibitors and 37,000 visitors.
Reed Exhibitions Japan president Tad Ishizumi said that since the fair’s inception the company has given “100 percent effort to stimulate the growth of the jewellery industry by expanding the market demand and providing business opportunities”.
He said that this year’s tough economic fortunes meant they had worked “extra hard” to ensure that they delivered the results”.
“At IJT, we will always go out in full force to bring in the buyers and create an environment for them here to find price competitive and quality products that give them an edge.”
And it appears all the hard work paid off.
“IJT 2009 miraculously defied all negative sentiments and achieved splendid results that have far exceeded anyone’s expectations,” he said.
Indeed, while many trade shows (in many industries) around the world are currently experiencing a decline in visitor numbers, IJT attracted 37,936 visitors – it may only be 124 more buyers than last but it is still an increase.

The majority of the buyers at the Fair, which was held at Tokyo Big Sight from January 21 to 24, were from within Japan but around 3000 were from other countries including Australia and many deemed their visit a success.

For example the owner of Trust Jewellery in the United Arab Emirates who was on his first visit to the Fair said he had spent US$1 million buying “mostly pearls and gemstones”.

“I have been very impressed by everything I see here with the organization of the fair, the reception party and the staff,” he said. “I will be back again for sure.”

Sharing similar sentiments were the owners of Eastern Accents Jewelry in China who were also on their first visit to the Fair.

“We have been greatly impressed by the variety, quality, prices, quick delivery, and various lot sizes offered by the exhibitors here,” they said. “We have made sample orders from several companies, which may turn into our regular suppliers.  We are very happy to have come to IJT.”

A major added attraction at the Fair this year was the launch of the inaugural Tokyo International Watch Fair which was run concurrently to the Fair in Tokyo Big Sight.

According to Reed, the positive response to TWF this year means that it is poised to double its size next year.