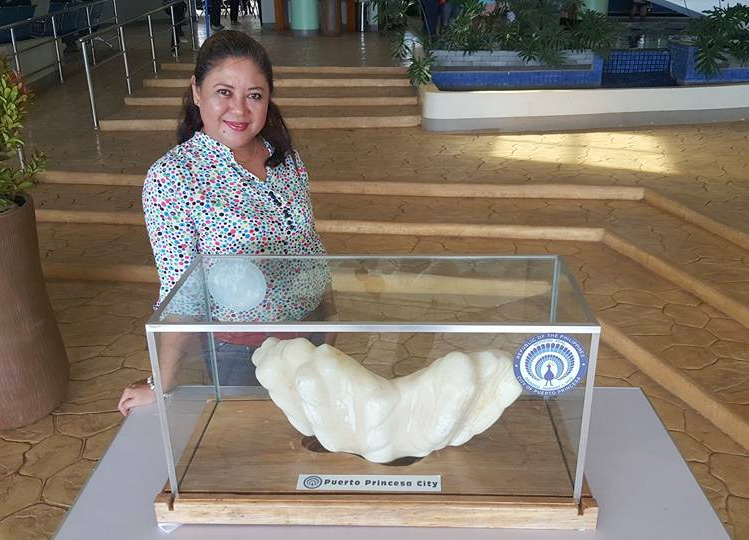 According to the Philippine Daily Inquirer report, the pearl was discovered after strong winds buffeted a Puerto Princesa, Palawan fishing boat, entangling a giant clam in the boat’s anchor. Inside the clam, a possible record breaking pearl.

The massive pearl remained hidden by the Palawan fisherman for a decade, until Aileen Cynthia Amurao, Aunt of the fisherman, found the pearl under her nephew’s bed.

Amurao mistook the pearl for a large coral which commonly washes ashore in the province. In a press statement, the province tourism officer said, “I just became aware (of its potential) when I searched the Internet that all giant pearls came from here; sad to know none of those were left in the possession of the city or province.”

The pearl, measuring 30 centimetres wide and 67 centimetres long, is on public display at Puerto Princesa City Hall after being turned over to authorities. The current Guinness record book holder is a 6.4-kilogram Lao Tzu pearl known as the Pearl of Allah, discovered by Palawan divers in 1939.

Once verified, the new giant of the sea could beat the current record holder valued at US$93 million in 2003.