Skip to content
Platinum registered its 7th annual gross surplus in 2011 and is likely to experience a similar outcome this year, according to the Thomson Reuters GFMS’ Platinum & Palladium Survey 2012.
Launching the ninth edition of the annual survey, Philip Klapwijk, the global head of metals analytics at the consultancy, said the metal’s gross surplus dropped 12 percent to 735,000 ounces largely due an almost seven percent rise in fabrication demand.
The survey also found that platinum jewellery demand increased 14 percent from 1.91m ounces in 2010 to 2.17m ounces in 2011.
The rise was “almost entirely driven by China” which increased its demand by 21 percent to 1.43m ounces while North America and Europe remained “flat” at 0.42m ounces.
Klapwijk said the fact that platinum prices remained elevated over much of last year with an all-time high average price of US$1722 was testament to broadly favourable investor sentiment.
He said that an expected rise in gold investment during the second half of 2012 should spill over into the platinum market with prices also likely to find solid support from production cost pressures in the South African mining industry. However, the ongoing Eurozone crisis presents a major downside risk, given the concentration of platinum autocatalyst demand in Europe.
Thomson Reuters GFMS therefore expects platinum to trade in the US$1475 to US$1775 range over the remainder of this year.
In regards to palladium, the survey found that the metal’s gross deficit almost halved to 313,000 ounces in 2011 due largely to a relatively subdued two percent rise in global fabrication.
There was a five percent increase in palladium autocatalyst demand however this gain was partially offset by weaker offtake in most other areas of fabrication demand, particularly jewellery which fell 15 percent to reach an eight-year low of 675,000 ounces.
According to GFMS, the losses were widespread, “with Europe the only exception”.
“Chinese offtake dropped 17 percent to an eight year low of 341,000 ounces” and demand elsewhere also faltered with “US demand weakened by 26 percent, driven by high prices and the shift to non-precious metals jewellery” while “in contrast, European demand for carat palladium jewellery rose”.
Klapwijk said “palladium prices are also likely to benefit from the favourable investor climate towards precious metals, while the downside may be limited as palladium’s demand base in autocatalyst is less exposed to Europe and is quite broadly based geographically”.
The consultancy expects palladium to trade in the US$575 to US$775 range over the remainder of this year. 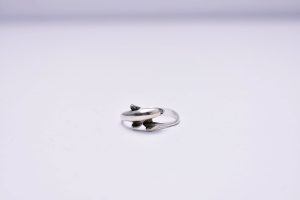