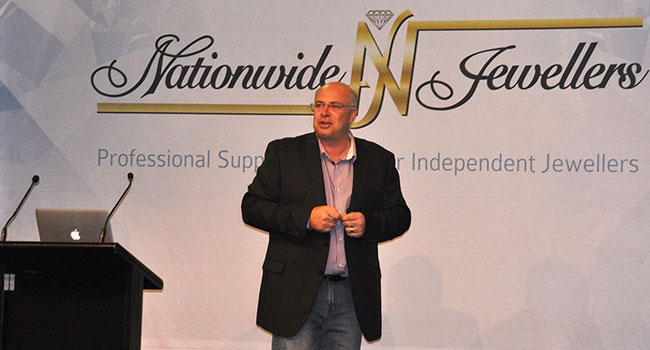 “One supplier had two people writing orders continuously from the morning opening until 4pm. He was worried that he might run out of order forms.”

Pocklington attributes the high level of trading to three factors – the exceptional ‘buying day only’ specials offered by suppliers; the six-month interest free finance that the group provides to members; and the fact that the average Nationwide member continues to outperform the market in sales growth”.

In addition, members had the opportunity to attend the Diamond Marketing panel session in which six Nationwide members revealed how they secured $100,000-$200,000 in Antwerp pre-trip diamond orders.

“By following the Nationwide Antwerp marketing program, 19 members have so far achieved in excess of $50,000 in pre-orders on at least one occasion,” said Pocklington.

“Our Antwerp program has delivered many millions in additional diamond sales to the group. Our next trip leaves for Antwerp in a few weeks, and is one of our largest to date, with 40 members.”

Most of the members going to Antwerp will visit Gaborone in Botswana en route where e they will visit the Jwaneng diamond mine (the highest yielding mine in the world), the Diamond Trading Company’s rough sorting facility, and a large cutting factory.