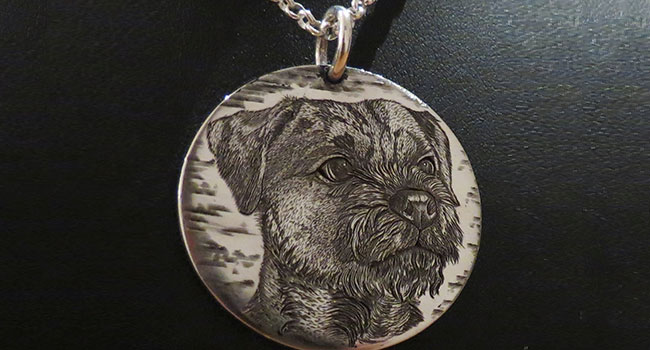 Hand engraved pendant by Ray Hood
Adelaide-based hand engraver Ray Hood has become the first person in Australia to be admitted as a Fellow to the London-based Institute of Professional Goldsmiths (IPG). Founded in 1984 to recognise and increase awareness of the craft skills in the jewellery and silverware industries, the IPG “currently has 154 members – the majority from the UK, a few from the US and Europe, and now one from Australia.

The highest level of membership in the IPG is a ‘Fellow’ who must have a recognised skill qualification, the highest calibre of craftsmanship and at least 10 years full-time employment within the trade at the required standard. Hood said he was honoured to have his work recognised by the IPG.

Hood completed his six-year apprenticeship with Garrards, the Crown Jeweller of the UK charged with the upkeep of the British Crown Jewels from 1843 to 2007, and then established his career as a master engraver with an impressive list of accomplishments – he engraved  jewellery for Links of London and Tiffany & Co as well as an array of prestigious sporting awards including The Wimbledon tennis trophies, the Augusta Masters golf trophy, the English Premier League football winner’s trophy and the FIA Formula One World Championship driver’s trophy. 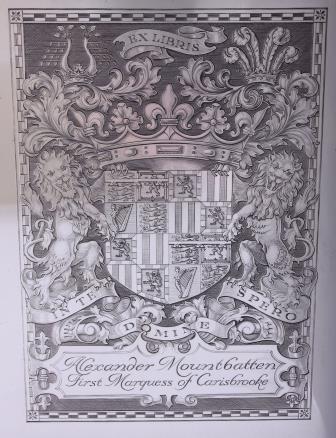 Sterling silver plate (16x10cm) hand engraved by Ray Hood as his ‘finishing piece’ at the end of his apprenticeship at Garrard & Co. In 2012 Hood moved to Adelaide in 2012 in pursuit of “a more laid back lifestyle” and the desire to introduce “an old art form to a younger market”.

Soon after his arrival Hood began working for Gerard McCabe Jewellers where he completed numerous engraving assignments including an engraving of the city’s historic Adelaide Arcade on a sterling silver salver.

After eight months Hood left McCabe’s in July 2013 to start his own business, London Engraver, with the full support of Gerard McCabe.
Today Hood has “a good mix of trade and public clients”.

“Word-of-mouth and personal recommendations have really helped London Engraver grow, and social media has also played a key part as Facebook and Instagram have been great tools for sharing my work.”

He said highlights in his new business include engraving the Parliament of South Australia’s ceremonial Mace as part of its recent restoration – the Mace was made in 1957 by Garrard & Co in London (the company where he completed his apprenticeship).

Hood said he eventually plans to take on an apprentice to pass on his skills and knowledge and ensure the art of hand engraving is kept alive, but for now his focus remains on providing a bespoke hand engraving service to both trade and public clients around Australia.

“I can replicate photos of almost anything (peoples, places and animals) as well as monograms, family crests or even fingerprints,” he said. “Hand engraving is an antique art form. It delivers a truly unique piece of jewellery limited only by imagination.”