MILAN, ITALY: JULY 21, 2016 – CIBJO President Gaetano Cavalieri has reported on the World Jewellery Confederation’s Corporate Social Responsibility (CSR) and sustainability programme to the High-Level Segment of the United Nations Economic and Social Council (ECOSOC), which currently is taking place in New York. CIBJO was one of only a handful of NGOs invited to make an oral statement at the session.

The High-Level Segment brings together representatives from UN member states, the private sector, civil society and academia, and addresses ECOSOC’s annual theme, which this year is “Implementing the post-2015 development agenda: moving from commitments to results.”

In his report, Dr Cavalieri described a series of programmes that have been introduced, which help optimise the involvement of the international jewellery sector in achieving the UN’s sustainable development goals. At the same time, he said, they are meant to mitigate any negative societal effects that are directly or indirectly related to the sector’s activities.

Among the programmes that Dr Cavalieri reported on the ECOSOC session were:
•A comprehensive set of courses in Corporate Social Responsibility and Sustainability for professionals in the greater jewellery industry.
•The development and roll out of an online system that will support all players in the industry in maintaining an ethical chain of custody, while at the same time reporting on proactive socially responsible policies.
•Collaboration with government and civil society in the areas of biodiversity and the combating of the illicit trade in precious metals and gemstones.
•The development and promotion of a framework that enables members of the jewellery industry worldwide to measure and offset their carbon footprints.

In 2006 CIBJO became the industry’s jewellery first and only representative in the UN body, which is charged engaging government, business and civil society in advancing the international community’s development agenda. Since 2013 it has done this with the support of Fiera di Vicenza, which itself became the first trade show organizer to be recognised by the United Nations.

CIBJO is the international jewellery confederation of national trade organisations. CIBJO’s purpose is to encourage harmonisation, promote international cooperation in the jewellery industry and to consider issues which concern the trade worldwide. CIBJO’s chief mission is to protect consumer confidence in the industry. Click here to visit the CIBJO website for more information. 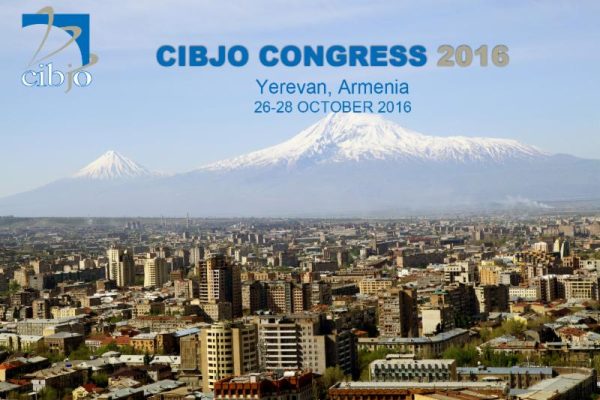